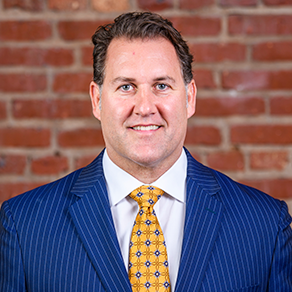 U.S. District Court for the District of Maryland

U.S. District Court for the Southern District of New York

U.S. District Court for the Eastern District of New York

U.S. District Court for the District of Columbia

U.S. Court of Appeals for the Fourth Circuit

U.S. Court of Appeals for the Second Circuit

U.S. Court of Appeals for the District of Columbia

“Front Seat in the Emotional Rollercoaster of a Bet-The-Business Case” (Serjeants Inn, March 7, 2012)

Mr. Lawrence dedicates his practice to representing individuals and corporations, both nationally and internationally, in all phases of complex civil litigation, white-collar prosecution, and regulatory matters. Mr. Lawrence has achieved notable and landmark victories for clients in these matters. His success in regulatory defense matters includes a rare defeat of the Securities and Exchange Commission on behalf of a client in a high-profile securities fraud prosecution, which was widely reported in the press. His success in private securities litigation includes securing an $80.8 million consequential damages award for a corporate client in a FINRA arbitration, which was the largest such award in FINRA’s history and the largest reported consequential damages award or verdict in the United States. Mr. Lawrence is a resident of Maryland and New York.

View Mr. Lawrence’s winning argument in his rare defeat of the SEC in a high-profile case:

From 1999 through 2005, Mr. Lawrence spearheaded high-profile investigations and litigation as Senior Counsel in the Division of Enforcement at the U.S. Securities and Exchange Commission. Most notably, Mr. Lawrence headed the SEC’s landmark investigation of AOL Time Warner, which resulted in a $300 million civil penalty–the second-largest penalty in history for financial reporting violations at the time. The Los Angeles Times published a feature article about Mr. Lawrence in which defense lawyers in the AOL Time Warner matter described him as a “smart, fair and intensely methodical lawyer” who is “well organized.”

In recognition of his achievements on behalf of clients, Mr. Lawrence has been designated a “Litigation Star” by Benchmark Litigation and AV Preeminent® Peer Review Rated by Martindale-Hubbell. He regularly speaks at professional functions and roundtables concerning securities laws and complex litigation issues. Mr. Lawrence is also an Adjunct Law Professor at the University of Baltimore School of Law, where he teaches Securities Regulation, and he is Vice-Chair of the Maryland State Bar Association’s Committee on Securities Law.

To view the entire oral argument on the SEC’s website, go to: https://www.sec.gov/video/webcast-archive-player.shtml?document_id=011516openmeeting